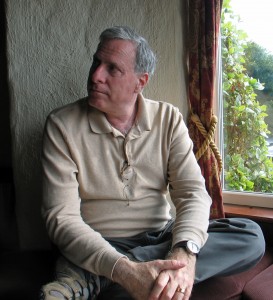 is the Julius Silver Professor of Politics at New York University and Senior Fellow Emeritus at the Hoover Institution at Stanford University. Through his New York based consulting firm (Selectors, LLC), he has served as an advisor to the American government on national security matters and to numerous corporations on questions related to forecasting and engineering outcomes in negotiations involving government relations, mergers and acquisitions, litigation, regulation, and legislation.

Bueno de Mesquita received his doctorate in political science from the University of Michigan in 1971 and doctorates (Honoris Causa) from the University of Groningen in 1999 and the University of Haifa in 2016. For 2001-2002, Bueno de Mesquita was President of the International Studies Association. He is a member of the American Academy of Arts and Sciences, the Council on Foreign Relations, and has been a Guggenheim Fellow. Recognized for his use of game theory to understand and influence policy choices, he has been chosen several times by Foreign Policy Magazine as one of the 100 Top Global Thinkers. He has been the subject of feature stories in the Sunday Magazine Section of the New York Times, The Wall Street Journal, The Economist, US News and World Reports, London’s The Independent and The Financial Times, as well as Good Magazine, Computer World and a 2-hour documentary about his forecasting broadcast on the History Channel. He has appeared on all of the major television networks as well as National Public Radio and many other major media outlets and was a speaker at the 2009 TED Conference. Bueno de Mesquita was selected as one of Queens College’s (CUNY) 100 leading alumni, and was in 1985 the recipient of the Karl Deutsch Award from the International Studies Association as the leading scholar of international relations under the age of 40. He received the Lifetime Achievement Award from the Conflict Processes Section of the American Political Science Association, the 2008 Distinguished Scholar Award from the Foreign Policy Section of the International Studies Association, the 2007 DMZ Peace Prize given in South Korea for significant contributions to the promotion of peace and reunification of the Korean Peninsula and he has received many other academic honors., as well as being a keynote speaker at major events in Hong Kong, Israel, Italy, Korea, Mexico, the Netherlands, the Republic of China, the People’s Republic of China, Switzerland, as well as the United States Agency for International Development, the Office of the United States Trade Representative, the World Bank, the Central Intelligence Agency, at many leading universities and numerous business organizations where he frequently speaks on expected global changes and investment opportunities related to them.

Bueno de Mesquita is the author of 20 books, more than 140 articles and numerous pieces in such major newspapers as the New York Times, Los Angeles Times, Chicago Tribune, and International Herald Tribune. Some of his recent books include The Spoils of War (co-authored with Alastair Smith, Public Affairs Press, 2016) The Dictator’s Handbook (co-authored with Alastair Smith, Public Affairs Press, 2011), The Predictioneer’s Game (Random House, 2009), The Strategy of Campaigning (with Kiron Skinner, Serhiy Kudelia and Condoleezza Rice, University of Michigan Press 2007), and The Logic of Political Survival (with Alastair Smith, Randolph Siverson, and James Morrow, MIT Press, 2003, selected as Choice Outstanding Academic Title for 2004). He is also the author of a novel, The Trial of Ebenezer Scrooge, published by the Ohio State University Press in 2001.